On the occasion of 85-year anniversary of academician B.V. Ananich

20.06.2016 admin Без рубрики Comments Off on On the occasion of 85-year anniversary of academician B.V. Ananich 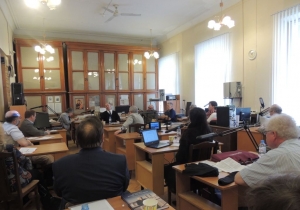 Forty five reports by leading scholars from the Great Britain, the US, Finland, Germany and scientific institutions of Moscow, Saint Petersburg, Omsk, Novgorod, Yuzhno-Sakhalinsk have been delivered throughout the conference sessions.

At Saint Petersburg Institute of History of the RAS small exhibition of scientific works and photographs of B.V. Ananich has been opened.

11.06.2016 admin Без рубрики Comments Off on On 100-year anniversary of Valentin Mikhailovich Kovalchuk

European University in Saint Petersburg and Saint Petersburg Institute of History on June 15-16 carried out International conference “Topical questions of the history of the Leningrad blockade” timed to 100-year anniversary of well-known Russian historian Valentin Mikhailovich Kovalchuk. The exhibition of scientific works and personal documents of V.M. Kovalchuk was open during the conference sessions.

New book on the history of the Great Patriotic War

10.06.2016 admin Без рубрики Comments Off on New book on the history of the Great Patriotic War 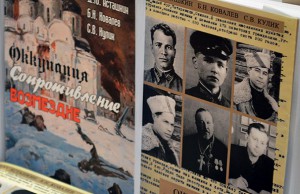 On June 2, 2016 at the Conference-hall of Museum of fine arts of the Novgorod museum-reserve the presentation of book “Occupation. Resistance. Retribution. Nazi regime in the Novgorod land” (“Okkupatsiya. Soprotivlenie. Vozmezdie. Natsistskii regim na Novgorodskoy zemle”) written by D.Yu. Astashkin, B.N. Kovalev and S.V. Kulik took place. This events was supported by the Novgorod branch of the Russian historic society.

The book consists of three parts, each one deals with certain period and aspect of the history of Novgorod region. The authors aspired to step aside from purely scholarly style and make the book interesting for different groups of readers from school pupils to historians.

On the occasion of 85-year anniversary of academician B.V. Ananich

09.06.2016 admin Без рубрики Comments Off on On the occasion of 85-year anniversary of academician B.V. Ananich

On June 1, 2016 in the frame of project “Self-organized structures of medieval town: genesis, classification, mechanism of functioning”(grant project of the Russian Science Foundation) at Saint Petersburg Institute of History session of the round-table discussion “Self-organized structures of medieval town: classical and neoclassical approaches” will take place.

The meeting starts at 11.00 at the Conference-hall of SPbIH of the RAS. 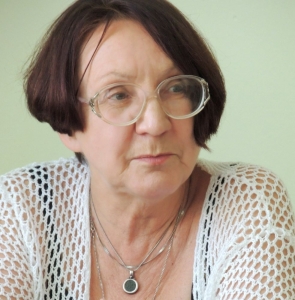 On May 27, 2016 at the assembly hall of Smolny ceremonial presentation of badges of laureates of the prizes of the city government in the spheres of culture, science and engineering, education.
leading researcher, Doctor of Sciences in History Zoya Vasilievna Dmitrieva was awarded the rank of laureate of E.V. Tarle prize. Being well-recognized specialist in economic history of Russia, source studies and archaeography Zoya Vasilievna Dmitrieva has 169 scientific works, including seven monographs, fundamental publications of administrative documents of monasteries and school-books.
administration of the Institute, friends and colleagues warmly congratulate Zoya Vasilievna Dmitrieva with this well-deserved award.