03.04.2020 admin Без рубрики Comments Off on Postponement of scientific events

Due to difficult epidemiological situation all the scientific events planned to be carried out in the institute in April 2020 are postponed.

The dates of its possible conducting will be announced later. 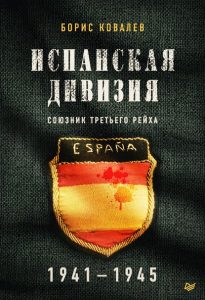 During the Great Petriotic War hudreds of thousands of soldiers and officers from European countries-allies of Hitler Germany fought against the Soviet Union. Aming them were the ones from Spain, the country which officially didn’t participate in the war. The Spanish “Blue Вivision” got to the Eastern fron in October 1941, till August 1942 stayed in Novgorod and its neighbourhood, wherefrom was moved near Leningrad and fought in bloody battles against the Red Army. It was the strong resistance of the Blue Division that prevented the raising of the blockade in the winter of 1943.

The book is based on numerous archival sources, diaries and memoirs of Spanish volunteers, Soviet soldiers and inhabitants of occupied areas as well as on studies of foreign scholars. The book is aimed at wide spectre of readers.

The author of the memoirs is now underservingly forgotten outstanding statesman of the Russian Empire prince Vsevolod Nikolaevich Shakhovskoi, who from February 1915 till February 1917 served as the Minister of Trade and Industry.
The memoirs of V.N. Shakhovskoi are published in Russia for the first time. The book includes thorough commentary, which closes the gaps made by memorialist due to the absence of his pre-Revolutionary personal archive.

This publication presents to the reader previously unpublished text of the unique material composed in 1853 by scholar and specialist in local history celibate priest (ieromonakh) Ioasaf (Gaponov V. S.) in the frames of project of preparation of historical and statistic descriptions of all the dioceses (eparchis) of the Russian Orthodox Church initiated by the Holy Synod in 1850 and left unfinished. The book includes not only the historical description of the Vladimir diocese but also copies of the historical documents from monastiс and church archives (some were lately lost), what gives it outstanding importance for the study of the history of Vladimir region.

10.03.2020 admin Без рубрики Comments Off on The 38th volume of “Auxiliary historical disciplines”

It incorporates articles on different aspects of auxiliary sciences of history: studies on history of Byzantine Empire, Middle East and Soth Slavic countries. The documents on Medieval Russian history, Russian history of the 19th century are put under examination. The articles present to the readers the results of studies made on the basis of archival documents from the Archive of Saint Petersburg Institute of History of the RAS, the National Library of Russia and the State Museum of the History of Religion. All the articles and materials are published for the first time ever.

The 10th Scientific Readings in commemoration of O.A. Dobiash-Rozhdestvenskaya

10.03.2020 admin Без рубрики Comments Off on The 10th Scientific Readings in commemoration of O.A. Dobiash-Rozhdestvenskaya

The Western-European section of the Archaeographic Commission of the RAS and Saint Petersburg Institute of History of the RAS on May 22, 2020 conduct the 10th Scientific Readings in commemoration of O.A. Dobiash-Rozhdestvenskaya.

We invite to participate specialists in Middle Age and Renaissance era studies as well as scholars studying Classics, the Byzantine Empire history and Russian history, whose works are connected with the subjects of the readings.

The conference sessions will be held in the Conference hall of Saint Petersburg Institute of History of the RAS (Petroxavodskaya ul. 7; room 23).