On the occasion of scholar’s jubilee

28.05.2016 admin Без рубрики Comments Off on On the occasion of scholar’s jubilee

On 90-year anniversary of B.F. Yegorov the Library of SPbIH organized 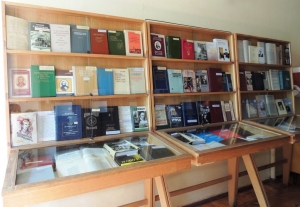 exhibition “Boris Fedorovich Yegorov: on jubilee. Books, articles, memoires, autographs”. In two showcases books, collections of articles, articles and publications of the scholar are presented. The third showcase holds memoires of Boris Fedorovich, publications of his letters and bibliography of his works. At the expositions the copies of title-pages with donative inscriptions are presented as well.

International colloquium “The age of wars and revolutions (1914–1922)”

On June 9-11, 2016 International colloquium “The age of wars and revolutions (1914–1922)” will take place at the European University at Saint Petersburg. The conference is organized by Saint-Petersburg Institute of History of the RAS, European University at Saint Petersburg, North-West branch of Scientific Council of the RAS on History of Social Reforms, Social Movements and Revolutions, Southern Methodist University (the USA) with the support from JSC “Goznak”.

At the international colloquium on Russian history conducted in Saint Petersburg every 2-3 years famous scholars from Russia, the USA, the Great Britain and Japan participate. This year the debate is timed to 100-year anniversary of the Russian revolution of 1917.

Anniversary of the scholar

23.05.2016 admin Без рубрики Comments Off on Anniversary of the scholar 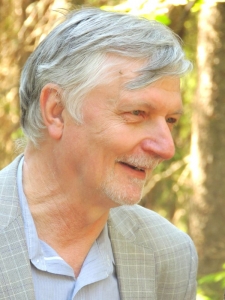 75- year anniversary of chief researcher, Doctor of Sciences in History Aleksandr Konstantinovich Gavrilov was celebrated on May 23, 2016. Being the author of more than 180 scientific works he is well-known both in Russia and abroad as talented translator and editor of classical texts. His articles and publications are greatly appreciated by scholars. A.K. Gavrilov is also recognized as gifted pedagogue, who has educated new generation of highly-professional Russian specialists in the history of antiquity.
Collective of the Institute warmly congratulates Aleksandr Konstantinovich with this anniversary and wishes him new creative achievements, happiness and prosperity, robust health.

The book deals with the history of the Ingria region and Saint Petersurg in the first years of the Northern War (1700-1721). The studies are based on the articles previously published in different scientific journals and collections and divide into three parts. The first one examines problems of interactions between the Russian army and local population of Ingria, construction and defense of Saint Petersburg. The second includes studies on development of the islands in the delta of the Neva and the first citizens of the new town. The third part is devoted to the analysis of cartographic sources on the history of Saint Petersburg and its surroundings. In the supplement there are published archival documents.

This book will be of interest to historians, students of local lore and readers interested in the history of Ingria and Saint Petersburg.

The book “War and blockade. Collection of articles in memory of V.M. Kovalchuk” (“Voina i blokada. Sbornik pamyati V.M. Kovalchuka”) has been issued by Nestor-Istoria publishing house. This collection of articles and materials is devoted to commemoration of a well-known specialist in history of the Leningrad blockade and the Great Patriotic War Valentin Mihailovich Kovalchuk. The book includes articles and publications of historical documents on different issues mainly concerning the siege of Leningrad. Also there are published memoirs about Valentin Mihailovich and the article “Lenigrad requiem” (“Leningradskii rekviem”), which provoked a lot of arguments, accompanied by materials that shed the light on evolution and completion of this affair.

The book is addressed both to the specialists and to everyone interested in the Russian history. 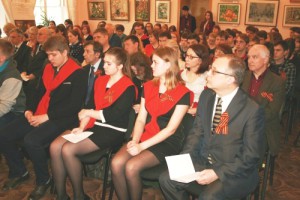 This meeting was organized by Yaroslav the Wise Novgorod State University, Saint Petersburg Institute of History of the RAS and search expedition “Dolina”.

The president of the university Anatolii Gavrikov and director of the Institute Nikolai Smirnov delivered their welcoming speeches to the participants of the conference. 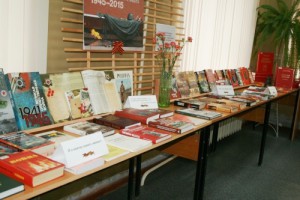 Scholars, professors and teachers, students and pupils from both Saint Petersburg and Novgorod region along with students of local lore and war veterans took part in this scientific event.

The conference is accompanied by book exhibition based on the materials from funds of the Novgorod State University library.