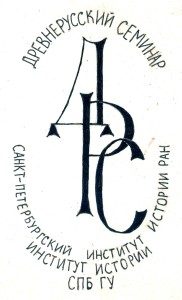 This publication incorporates census books (“perepisnye knigi”) of Vologda of Archbishops’ House of St. Sofia composed in 1701-1702. The texts of the documents not only contain data on social and economic history of the region but include information for study of collections of icons and manuscripts kept in local parish churches.

The book is aimed at everyone interested in history of Russia.

The publication was carried out with financial support from RSCF, project №18-78-00108.

05.09.2019 admin Без рубрики Comments Off on Scientific conference “Study and restoration of manuscripts”

Everyone interested in discussion over the reports and volunteers to visit the exhibition is welcome.

The conference agenda (in Russian)

Istoricheskaya Illustratsiya publ. issued the monograph by T.V. Andreeva “On the Way to the Great Reform: The Peasant Question in Russia under Nicholas I. Study and Documents” (“Na dalnih podstupah k Velikoi Reforme: krestianskii vopros v Rossii v tsarstvovanie Nikolaya I”) (ISBN 978-5-89566-193-2).
The monograph deals with pre-history of the Great Reform 1861, abolishing bondage in Russia: with its theoretical and practical preparation. The Reform is presented as a long process, stipulated by complexity of Russian modernization, and by no means sudden act. For the first time in home historiography the policy of Nicholas I towards peasants’ problem is examined comprehensively, based on the analysis of both basic official materials and private documents.

The book was published with financial support from Russian Foundation for Basic Research (project № 18-19-00208) and is not for sale.