Students from Germany in the Institute

25.05.2017 admin Без рубрики Comments Off on Students from Germany in the Institute

On May 23, 2017 a group of students from department of Modern history of Eastern Europe of Friedrich-Alexander-Universität Erlangen-Nürnberg under supervision of professor Dr. Julia Obertreis and Dr. Moritz Florin visited the Institute.
Students participated in the round-table discussion on topical issues of historiography and methodology of study of the Revolution of 1917. The institute was represented by scholars from the Department of the history of revolutions and social movements in Russia senior researcher Cand. Sc. in History N.V. Mihailov, director of the Institute D.Sc. in History N.N. Smirnov and leading researcher V.Yu. Chernyaev.
After this session the visitors got an excursion to the Scientific and Historical archive of the Institute. Senior researcher Cand. Sc. in History N.B. Sredinskaya and researcher Cand. Sc. in History N.V. Bashnin informed them on the history of formation of archival funds and showed the most representative documents of both Russian and Western European sections of the archive.

Round-table discussion “The destiny of the unique copy of the scholarly work of Nikolai Petrovich Lihachev”.

23.05.2017 admin Без рубрики Comments Off on Round-table discussion “The destiny of the unique copy of the scholarly work of Nikolai Petrovich Lihachev”.

On May 17, 2017 in the library of the Higher school of technology and power engineering of Saint-Petersburg State University of Industrial Technologies and Design the round-table discussion “The destiny of the unique copy of the scholarly work of Nikolai Petrovich Lihachev” took place.
The representatives of Saint Petersburg Institute of History (A.V. Chirkova), the Library of the RAS, Fundamental library of SPbSU, Russian Museum and other institutions participated in this event. 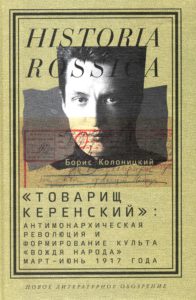 28.04.2017 admin Без рубрики Comments Off on All-Russian Scientific Conference on the history of the Great Patriotic War 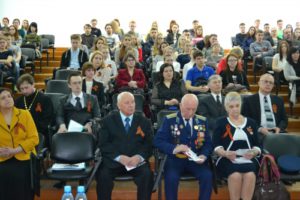 Session of the Seminar on Old Russian history

25.04.2017 admin Без рубрики Comments Off on Session of the Seminar on Old Russian history

This time S.G. Zhemajtis delivered a report “On issue of location of the pulpit of metropolitan of Kiev and All-Rus in 1347-1460: Assumption cathedral in Vladimir or in Moscow”.