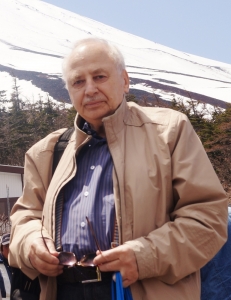 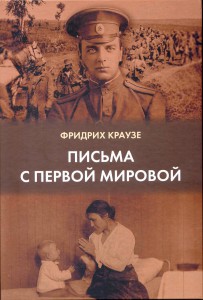 “Nestor-Istoria” publishing house issued a book “Krauze Friedrich. Letters from the fronts of World War I (1914—1917)” (“Krauze Friedrich. Pisma s Pervoi Mirovoi (1914—1917)”) composed and edited by O.F. Krauze and L.A. Bulgakova. It includes correspondence between sanitary inspector of the Russian army F.O. Krauze and his fiancée (then wife) pediatrician A.I. Dobrohotova. The letters of F.O. Krauze composed like diary entries present to the reader both professional and everyday activities of the author. Being composed by direct witness of dramatic historical events these documents along with the extracts from reply letters of A.I. Dobrohotova are of great interest as historical source for scholars and for wide circle of amateurs interested in the history of the World War I and the Russian revolution.

The publication has been done with the financial support from the Federal Agency on Press and Mass Communications of the Russian Federation in the frames of Federal program “The culture of Russia”.

The Proceedings of SPbII RAN

31.12.2016 admin Без рубрики Comments Off on The Proceedings of SPbII RAN

“Nestor-Istoria” publishing house issued regular volume (2 (18)) of the Proceedings of SPbII RAN “Saint Petersburg Institute of History in the documents of the 19th-20th centuries” (“Sankt-Peterburgskii institut istorii v dokumentah XIX-XX vekov”). This book is devoted to 80-year anniversary of the institute and consists of publications of its employees on the history of the Russian history studies, which depict versatile scholarly activity of SPbIH RAS.

The book will be of interest to both professional historians and people interested in history.

“Alliance Archeo” publishing house issued “The books of money income and expense of the Vologda Archbishop House of Saint Sophia and the tax-books of churches belonging to the diocese of Vologda. The 17th – early 18th century” (“Prihodno-rashodnye denezhnye knigi Vologodskogo arhiereiskogo doma Svatoi Sofii i okladnye knigi cerkvei Vologodskoi eparchii. XVII-nachalo XVIII veka”). The publication edited by N.V. Bashnin incorporates documents on social, economical and cultural issues of the history of the Russian North of this period. Household books include information concerning budget of Vologda Archbishop House, construction works, number of churches and amount of tithe, they also outline the structure of the Archbishop House and its social and economic bonds.

The publication includes preface, archeographic preface, texts of sources, indexes, illustrations and the map of Vologda district churches, composed by A.L. Gryaznov on the basis of the Tax-book of 1628/29.

The book has been composed and published due to financial support of Presidential Grant MK-5985.2015.6. 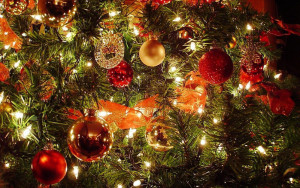 The year 2016 is coming to its end. During this period we experienced important events: 80-year anniversary of the Institute and 50-year anniversary of its move to actual building.
In the outgoing year a lot of things happened: many different types of new publications of our scholars were issued, exhibitions of archival documents were installed and many researchers of the Institute appeared in mass-media.

One cannot deny that all this work has been fulfilled despite financial and economic difficulties.

Coming year also may be severe. However we should believe all the goals to be achieved just fine.

Let me wish all of us new creative achievements, personal luck and robust health. Let me also wish prosperity to Saint Petersburg Institute of History as a whole.

Director of the Institute N.N. Smirnov

Words of gratitude from the Library

27.12.2016 admin Без рубрики Comments Off on Words of gratitude from the Library

Dear readers!
The Library of SPbIH of the RAS congratulates you with forthcoming New Year, wishes new creative successes and thanks everyone who presented us books in year 2016!