On October 20, 2015 a special joint session of the Scientific council of SPbIH and Saint Petersburg branch of Archaeography commission of the RAS dated for the centenary of an outstanding historian, specialist in source studies and archaeographer Aleksander Il’ich Kopanev took place.
This session was divided into two parts: one with the scientific reports and another with memoirs and speeches.

On the agenda there were several reports. Yu. G. Alekseev (professor, SPbSU) in his talk “Aleksandr Il’ich Kopanev as a historian of Russian peasantry” paid special attention to the importance of A.I. Kopanev’s contribution to the study of Russian peasantry as legally free and self-dependent in its economic activity power. The works of A.I. Kopanev, based on large amount of factual material, were the development of studies conducted by his tutor I.I. Smirnov.

Z.V. Dmitrieva (leading research fellow, SPbIH RAS) in the report “About the first book of A.I. Kopanev “The history of landownership in Belozersk region in 15th-16th centuries” struggled to show the importance of this book for the development of domestic historiography as the first example of a monographic study of the feudal landownership in 15th-16th centuries carried out on the basis of both acts and documents of central and local governmental bodies and graphic representation of the landownership history presented in maps. END_OF_DOCUMENT_TOKEN_TO_BE_REPLACED 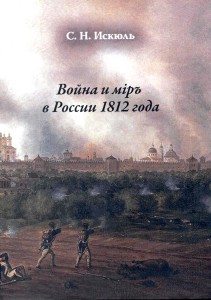 This book unlike the previous historiography that took under consideration the war history examines the everyday life of different estates of the Russian empire of this period: clergy, nobility, peasantry and townspeople. The monograph scrutinizes every aspect of relations between central and local authorities on the one hand and between the estates on the other hand. On the basis of both archival and published documents, both little known by the scholars the author analyzes the attitude of different estates towards all the issues connected with the Patriotic war: French invasion, governmental efforts against it, recruitment and evacuation. He especially takes up the problems concerned with the destiny of Moscow.

The monograph is prepared thanks to the grant support of the Russian foundation for humanities in the frames of project “Russia and Western Europe: cultural transfer and the destiny of All-European cultural traditions (beginning of the 17th century – end of 1920s)”, №11-21-170001a/Fra.

The book includes the materials collected while being in Paris in the context of grants given by “Maison des sciences de l‘Homme”.

The jubilee of scholar

01.11.2015 admin Без рубрики Comments Off on The jubilee of scholar 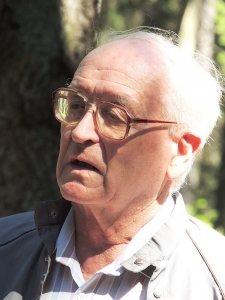 On November 1, 2015 is the 80-year anniversary of outstanding historian, a specialist in Byzantine history, corresponding member of the RAS, D. Sc. in History and a remarkable person Igor Pavlovich Medvedev. He is a symbol of both Byzantine history studies and the destiny of Saint Petersburg institute of History, where he has been working for almost 50 years. Igor Pavlovich Medvedev can be claimed a worthy heir of Saint Petersburg school of Byzantine studies, moreover he himself leads the school acknowledged both in Russia and abroad. A lot of his students became outstanding scholars recognized all around the world. I.P. Medvedev is a great specialist in source studies; he is interested in different aspects of scholarly work and prepared a lot of books and publications on both the history of Byzantium and some problems of the Renaissance period.
Igor Pavlovich Medvedev from the first days of his work at the institute combined many-sided scholarly job with enormous and complicated community work. He used to be a scientific secretary of the sector of General history, struggled for the development of international relations of the institute and since 1968 has participated in the sessions of Leningrad (Petersburg) Byzantine group as its secretary and then longstanding chairman.

Nowadays Igor Pavlovich Medvedev is one of the most prominent specialists in Byzantine history and at the same time one of the most respected members of the institute staff honored and beloved by his colleagues.

The library of SPbIH of the RAS prepared the exhibition of scientific works, photos and drawings by I.P. Medvedev timed for the jubilee of this outstanding scholar.

24.10.2015 admin Без рубрики Comments Off on About the session of the Round-table discussion at the National library of Russia

On October 16, 2015 at the Conference-hall of the New building of the NLR took place the round-table discussion “Museum of book in the shifting world: On the 90-year anniversary of the Paleography museum of the Academy of sciences of the USSR foundation”.

Scholars from SPbIH RAS, SPbSU, Manuscripts dept. of the NLR, the Library of the RAS, the Russian state library (Moscow) and the State institute of art studies (Moscow) delivered their reports. 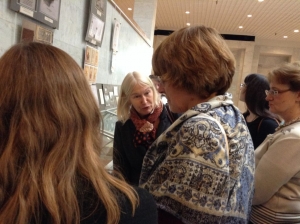 Such problems as N.P. Likhachev’s view on museum studies, the structure and history of his collection and the issue of founding of the Paleography museum as research, educational and expert centre were discussed at the morning session “The N.P. Likhachev’s Museum of paleography: view from the 21st century” .
The matter of exhibit and representation of manuscripts in Russian and foreign museums of books and paleography was considered at the afternoon sitting “Museums of book: historical experience and modernity”.
At the discussion scholars paid special attention to pros and cons of interactive methods of literary texts’ display which serve to attract the visitors to museums of book and paleography.

During the adjournment both participants and guests visited the exhibition “The collection of books and manuscripts of academician N.P. Likhachev (1862-1936): on the 90- year anniversary of the Paleography museum of the Academy of Sciences of the USSR establishment” (the excursion was conducted by A.V. Chirkova and E.Z. Panchenko).

The round-table discussion and the exhibition are the first scientific events dated to the anniversary of Saint Petersburg Institute of History of the RAS.

The first session of the Seminar on the Old Russian history (Drevnerusskii seminar) organized by SPbIH of the RAS in collaboration with the Institute of history of SPbSU took place on October 15, 2015 at the conference hall of SPbIH. 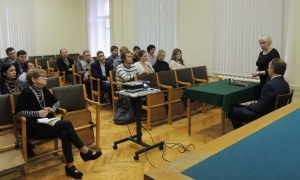 At this meeting the report delivered by D.D. Smirnova “The letters (encyclicals) of Novgorod archbishop Feodosii: the issues of their creation and existence”.

The next session is planned on December, 2015. The exact date, time and subject will be announced later.

The Seminar on the Old Russian history (Drevnerusskii seminar) is expected to be the area for discussions of different subjects connected to the researches on the Old Russian history and culture and source studies of this period with the participation of scholars from different scientific institutions of Saint Petersburg, students and post-graduates. It should both give an opportunity for collaboration of specialists in related sciences such as history, philology, art history, etc. and ameliorate the quality of historical education.

We are looking forward to your cooperation and welcome colleagues and their students.

06.10.2015 admin Без рубрики Comments Off on On the 90-year anniversary of the Paleography museum of the Academy of sciences of the USSR foundation

At the round table there will be two sections and a separate discussion: The N.P. Likhachev’s Museum of paleography: view from the 21st century.
Museums of book: historical experience and modernity.
Discussion “On the role of museums of book and paleography in the modern world”.

The programme of the rount-table discussion.