10.12.2015 admin Без рубрики Comments Off on On 190-year anniversary of the Decembrist uprising in the Senate square 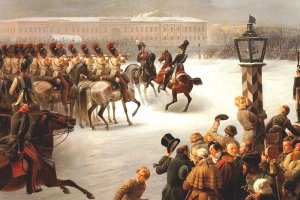 Notice: On December 16 the reading hall of Scientific and historical archive of Saint Petersburg Institute of History will be closed down due to the conference sessions.