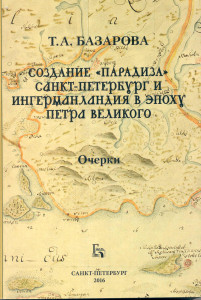 The book deals with the history of the Ingria region and Saint Petersurg in the first years of the Northern War (1700-1721). The studies are based on the articles previously published in different scientific journals and collections and divide into three parts. The first one examines problems of interactions between the Russian army and local population of Ingria, construction and defense of Saint Petersburg. The second includes studies on development of the islands in the delta of the Neva and the first citizens of the new town. The third part is devoted to the analysis of cartographic sources on the history of Saint Petersburg and its surroundings. In the supplement there are published archival documents.

This book will be of interest to historians, students of local lore and readers interested in the history of Ingria and Saint Petersburg.