26.12.2016 admin Без рубрики Comments Off on Our congratulations

On schedule of the Reading hall of the Archive

20.12.2016 admin Без рубрики Comments Off on On schedule of the Reading hall of the Archive

Dear visitors!
The Reading hall of the Archive will be closed down
from December 28, 2016 until January 9, 2017 (inclusive). 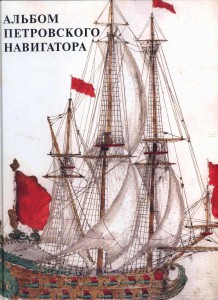 “Istoricheskaya illustratsiya” publishing house issued “Album of Petrine Navigator”. This book represents the first time publication of the manuscript “Album of Petrine Navigator” kept in the Scientific and Historical Archive of Saint Petersburg Institute of History of the Russian Academy of Sciences.
In 1697, together with the Great Embassy a group of several young Russian nobles went from Moscow to Western Europe. By decree of the tsar they had to learn navigation and shipbuilding in the Netherlands, as well as in Italy, in the Mediterranean and the Adriatic seas, which were the centers of naval science. Russian navigators took naval courses in Venetian Naval Academy and in the famous Nautika School, located in Perast (Montenegro today) under a supervision of the famous navigator and mathematician Marko Martinovic. Apart from theoretical studies Russian navigators also had a practical course of navigation in the Adriatic.

One of these young men brought a colorful album of 36 water-color pictures of sail and rowing vessels navigating in the Mediterranean (polacca, galley, galleass, galliot, Frigatoon, tartan, gondola, felucca et al.) to Russia. Thoroughly designed illustrations embody many details of ship architecture, decorations, decking and cordage. The text that accompanies the pictures gives notions on a level of development and specific features of navigation in the Mediterranean.

Apart from publication of the Album of Petrine Navigator this edition includes scientific preface, archeographical introduction, transcribing of the text written in cursive of the end of the 17th century, as well as a glossary of terms, outdated and infrequent words. 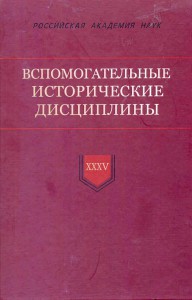 “Dmitrii Bulanin” publishing house issued the next 35th volume of collection of articles “Auxiliary historical disciplines” (“Auxiliary sciences of history”/”Vspomogatelnye istoricheskie discipliny”). It incorporates articles on different aspects of auxiliary sciences of history: source studies of Byzantine, Medieval Russian, Balcanic manuscripts; sigillography (sphragistics) of Russian documents of 18th century; etc.
All the articles and materials are published for the first time ever.
This publication has been issued with grant support from the Russian Foundation for Humanities (projects №16-01-16054).

09.12.2016 admin Без рубрики Comments Off on Ceremony of diplomas presentation to the winners of the 9th Open contest “Topical science”

On December 8, 2016 the ceremony of diplomas presentation to the winners of the 9th Open contest “Topical science” took place at the Saint Petersburg Institute of History of the Russian Academy of Sciences. Complimentary addresses to the winners have been delivered by director of the Institute N.N. Smirnov, deputy director of the Polish Institute in Saint Petersburg Anna Lazar, the chairman of the Experts’ council A.I. Rupasov, et al.
The ceremony has been followed by the lecture on the visit of Patriarch of Moscow and all Rus’ Kirill to Poland in 2012 delivered by professor of the Institute of History and Political Sciences of the University of Bialystok Petr Homik. 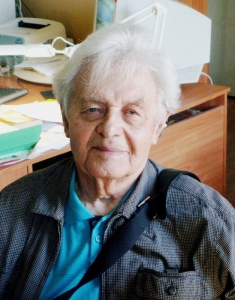 Employees of Saint Petersburg Institute of  History cordially congratulate Doctor of Sciences in History, professor, Laureate of the State prize of the USSR, associate researcher of the Institute Aleksandr Zavelevich Vakser with 95-year anniversary.
Being a well-known specialist in economic history of the Soviet society and in history of the working class of the USSR he was able to show in his works a rare talent of historian, what became apparent in his ability to think big combined with critical approach to every even the smallest fact. All this made his articles and books interesting both to specialists-scholars and to ordinary readers.
One can’t underestimate magistral talent of Aleksandr Zavelevich, who nurtured several generations of students-historians at Herzen University.
We cordially congratulate our colleague with this jubilee and wish him be safe and sound, new creative achievements and prosperity.