On the activity of the Scientific-Historical Archive

17.06.2020 admin Без рубрики Comments Off on On the activity of the Scientific-Historical Archive

Since June 16, 2020 the Scientific-Historical Archive resumes execution of requests and making of digital copies of documents according to the demands presented by remote channels (postal letters and e-mail).

The Reading Hall of the Archive will reopen for visitors from September 2020.

17.06.2020 admin Без рубрики Comments Off on On the 500-year anniversary of the foundation of Antonievo-Siysky monastery

Historians, philologists, specialist in history of art and culture are welcome to participate.  Letter of information [in Russian].

The monograph deals with the history of the Russian taxation in 16th-18th centuries in the context of “taxes-wars” issue. The authors outlined the impact of geopolitical forces on changes of the forms of taxes and taxation priorities of the Russian state; examined the role of commune in formation of system of taxes. The monograph establishes the share of military expenses in the state budget of Russia and European states as well as scrutinizes Russian taxation under the concept of military fiscal state of the Early Modern Era. The appendix contains documents of 17th and early 18th centuries dealing with the system of taxation of Russian state шт the wartime.

The book is aimed at both specialists historians and ordinary people interested in economic and military history of Russia. 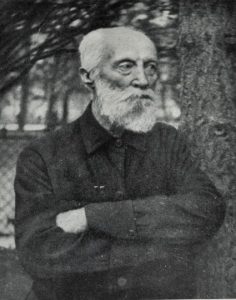 On June 9, 2020 the session of the Scientific Council will take place in online format. The second part of it will deal with 160-year anniversary of Ivan Mikhailovich Grevs.

There will be delivered reports by D.Sc. in History B.S. Kaganovich “I.M. Grevs as a Historian and a Person” and by D.Sc. in History, professor of the Institute of History of SPbSU O.B. Vahromeeva “Study of Literature in Creative Work of Ivan Mikhailovich Grevs”.

The report of D.Sc. in History B.S. Kaganovich (in Russian).

On May 29 Boris Fedorovich Egorov had his 94th anniversary.

We, his colleauges cordially congratulate him with his birthday and wish him many happy returns of the day, stay healthy and further succeed in his research and creative work!

In memory of the scholar

On the eve of the Victory Day collective of our Institute suffered an irretrievable loss.

On May 8, 2020 Viktor Nikolaevich Pleshkov – D.Sc. in History, scientific adviser of the Department of General History, outstanding specialist in American history, who for 14 years was the head of Saint Petersburg Institute of the RAS has died from heart attack.