More than 500 scholars from over than 30 countries will participate in the Forum. Reports by leading specialists from Russian and foreign universities, scientific institutions, archives, museums and libraries will be presented and discussed.

Scientific seminar “Russia in the Modern Era (the 18th – beginning of the 20th cc.): the state and the society”.

Saint Petersburg Institute of History of the RAS welcome everyone to the session of the seminar “Russia in the Modern Era (the 18th – beginning of the 20th cc.): the state and the society”

The report by I.E. Barykina (Herzen State Pedagogical University) «Dnevnikovye zapisi grafa I.I. Tolstogo (avgust-sentyabr’ 1881 g.) i materialy arkhivnogo fonda Otdela rukopisei Rossiiskoi natsional’noi biblioteki o deyatel’nosti Pereselencheskoi kontory v Syzrani (1881 g.)» [“The diary entries of count I.I. Tolstoi (august-september 1881) and materials of the archival fund of the Manuscript department of the National Library of Russia on the activities of the Emigrant Bureau in Syzran (the year 1881)”] will be delivered.

Welcome everyone!
The report synopsis (in Russian)

17.10.2019 admin Без рубрики Comments Off on The Seminar on the Old Russian History 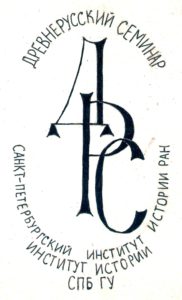 Synopsis of the report (in Russian).
Welcome everyone.

Video Chronicle “The Age in the Eyes of Contemporaries”: Some Results and Prospects

15.10.2019 admin Без рубрики Comments Off on Video Chronicle “The Age in the Eyes of Contemporaries”: Some Results and Prospects

The first stage of the project “Video Chronicle “The Epoch in the Eyes of Contemporaries” has been completed. This project is carried out by St. Petersburg Non-government Organization of Veterans of War, Labor, Armed Forces and Law Enforcements with the participation of St. Petersburg Institute of History of the Russian Academy of Sciences and autonomous non-government organization “Dom rodosloviya”(on the basis of a tripartite agreement between these organizations, signed on October 31, 2017). 110 video interviews with St. Petersburg veterans were recorded, many documents about the life and work of respondents were scanned. All material in electronic form is being prepared for transfer to the Scientific and Historical Archive of St. Petersburg Institute of the RAS, which has the right to permanently store archival documents. After the archival description, with the consent of the veteran and taking into account current legislation of the Russian Federation, video interviews and related documents will be available for researchers of the Soviet period of our history.

Laureates of the Metropolitan Macarii Prize

10.10.2019 admin Без рубрики Comments Off on Laureates of the Metropolitan Macarii Prize

On September 23, 2019, at the Russian Academy of Sciences, with the blessing of His Holiness Patriarch of Moscow and All Russia Kirill, a meeting of the Committee for the Award of the Makarii Prize in the Humanities in 2018-2019 was held, at which the laureates in 6 nominations were determined.
In the nomination “History of Russia” the third prize was granted to the scholars of St. Petersburg Institute of the RAS:

– Doctor of Historical Studies, Leading Researcher of the Department of the History of Revolutions and Social Movements of Russia Boris Ivanovich Kolonitsky;

In the nomination “History of Orthodox countries and peoples” the third prize was given to:

We heartily congratulate our colleagues.

The awarding ceremony of the 2019 Makarii Prize laureates for the humanities will take place on October 30, 2019 in the building of the Presidium of the Russian Academy of Sciences. 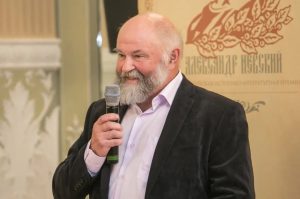 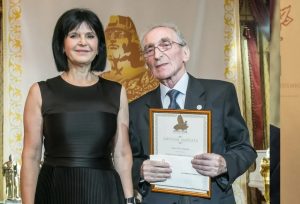