To mark the 350th anniversary of Peter the Great 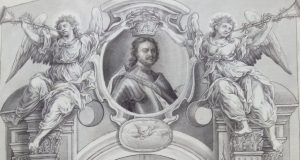 The St. Petersburg Institute of History of the Russian Academy of Sciences and St. Petersburg State University invite you to participate in the International Scientific Conference “Peter the Great and the Formation of Russian Science”, which will be held on October 3-5, 2022.
Peter the Great is a true demiurge of Russian science. In Russia, a country without university traditions, rich cities, wealthy patrons, only the will of a brilliant ruler could create the institutions of science. The formation of the St. Petersburg Academy of Sciences and Arts was the realization of the far-reaching plans of Peter, who understood, like no other in Russia, the importance of fundamental sciences for the country, its economy, education and prestige. The first Russian emperor proceeded from the idea that for the enlightenment of Russia it is not enough to invite foreign scientists, buy books and devices, but it is necessary to create traditions of scientific schools, to raise their own scientists. Information letter